I am a Christian 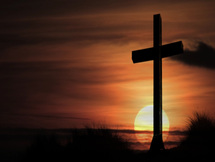 When someone claims himself a Christian and says; I'm not perfect, I make mistakes, and I mess up. I think we need to know why because according to the Bible Christians have the perfect mind of Christ yet they can do sin.

To relate the story of Christianity, the Bible tells that it was named during the Acts period of the apostles in first century. They were the group of people who believed in Christ and assembled in Antioch, Turkey.

And Paul was one of the apostles teaching to all Churches about the kingdom of God and concerning the Lord Jesus Christ that would make them matured and united in faith.
And they were edified;

And have grown exceedingly;
However, there were churches also in other nations at that time that still unlearned and discontented like the church of Corinth and Galatia.

In Corinth: Some of them are yet carnal.

Thus he told them;

In Galatia: They have taught by other teaching after the manner of Moses

That is why Paul had wrote that if they will circumcise in the manner of Moses then Christ has no effect in them.


Therefore, I believe that all who accepted the teaching of the apostles, prophets, evangelists, pastors, and teachers in first century have united with the same doctrine concerning the kingdom and the Lord Jesus Christ, as the apostle Paul was commissioned to bear until they all come in the unity. Wherefore he said;


Thus, today if someone claims a Christian yet standing on the doctrine which contrary to the teaching of the apostles, they are false and carnal Christian.
So examine everything behind your belief if you have the genuine doctrine of Christ and prove.