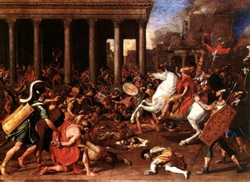 For those who are not yet familiar of AD70 significance, this is all about the second coming of the Son of man in the clouds of heaven. That period is approximately counted 70 Gregorian Calendar years from the birth of Jesus. AD means Anno Domini, translated as "In the year of our Lord". From here the issue of Christ's second coming becomes subjective in the Christendom. Each party has disagreement whether it was fulfilled in AD70 or still in the future of thousand years. But before we will discuss this topic please think first of what do you believe about this and guess if you have a solid proof.

I have argued several times with different groups of Christian in the net about this issue and I believe I did share to them the pieces of evidence to support my stand but this time I want you to judge by yourself if I was right. Most of the Christians in our country Philippines believe it is still to come because of many reasons and one of those is found in the writing of Peter that says;
People who have this type of belief are called futurists and they who believe it's already fulfilled are preterists. In futuristic view, they claimed that the thousand years mentioned by Peter has to do with the thousand years of delay by reason that all should come to repentance before the Jesus comes. Another reason is God's promise has been postponed and inserted a temporal time period called grace dispensation. As it becomes 2,000 temporal years now.

Anyway, we will try to examine the thousand years of what is this all about; a delay or a postponement. Concerning the principle of God for the house of Israel, it is said that the promise he has spoken surely He will do and it will come to pass.


And when it comes to time: like doing it quickly, surely he did.

Now if the Lord says quickly with respect to signs what can you say then?

The truth is He will not come after thousands of year. The context of a thousand years as one day and one day as thousand is an infinite time frame of coming. To come with rewards, eternally he did in every bit of our hearts but in the coming with vengeance, He will come like a thief in the night and destroy their city.

The exact hour, day, and month of His coming with vengeance are not given but all should watch and must understand the signs He gave. No one knows the dates neither can see His appearing but when the disciples receive powers of the Holy Ghost then the time is near.

Near as He is standing on the door. The apostle James says be ready guys and be patient to one another for he is almost here.

The same guidance given by the Hebrew writer to exhort one another as they see it approaching.

All of the signs they saw made them believe it is really happening since the day of Pentecost; the receiving of powers as He promised; "But ye shall receive power, after that the Holy Ghost

And when he came, those who believed his words departed from their City and were saved from the great wrath. They knew it because when they saw Jerusalem surrounded with thousands of army they remembered Jesus' warning.

Then finally all things are fulfilled and the old heaven and earth had passed away; melted with fervent heat and were dissolved by fire from the hands of their enemies, the Roman armies.

Now, where is the postponement or delay here?

So please don't hold what God has fulfilled in their very own time. Perhaps none of us have witness this great tribulation of ancient Israelites, but Gen. Josephus did and had wrote it. I believe the 40 years of waiting is the quickly He meant, enough to bring all His chosen people to repentance and to be saved. And He did a long long time ago. 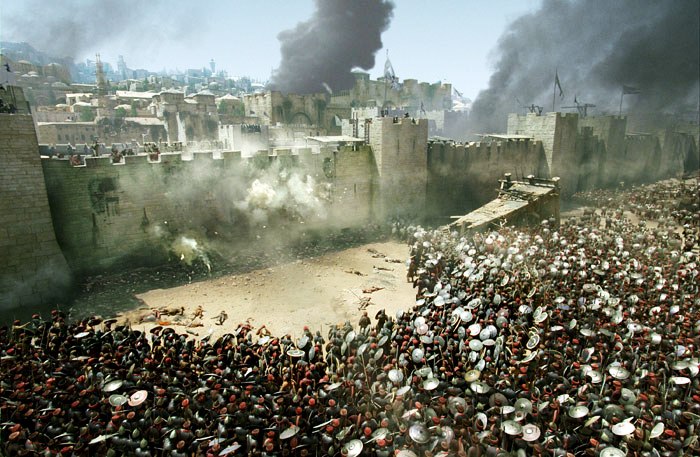