The Great and Deceitful Device of Satan 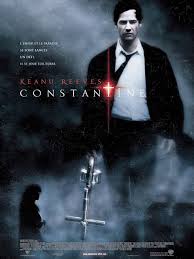 I know some you are yet ignorant of Satan's device biblically, and when you read this information please don't be offended but rather give place in your mind to think.

There are many devices of Satan we have encountered daily but in this articles I'll show you his greatest and very powerful trick that people may not even recognize its true content and have fallen into it. This was also proclaimed once during the transformation of ancient Roman religion into Christianity by Emperor Constantine the great in 306-337 AD. But before to that, at around 246 years later, Satan was first revealed through the appearance of Roman emperor Nero who bear the number of the beast 666. He was the man of sin that prophesied by Paul and slaughtered thousands of Christians in the period around 60-68 AD.

Nero at that time was the Antichrist and revealed himself as God by pronouncing his power. And when this revelation of Satan was over, the Roman empire reign throughout the ages until he transformed himself into light as it was also been prophesied;

This time the Antichrist who was Satan became Pro-Christ in the rule of Emperor Constantine. A total transformation has made and begun to deceive people by his new ways. But the Bible has warned the readers about this and make a seal that Satan's righteousness can be determined by looking their stand which is according to their works.
When we say "their works", there are many things can be considered as "their works" like the works with respect to their own man made law. But biblically, the phrase "their works" is interpreted as "their own works or mine own works". It refers to the works of righteousness which people do by their own effort. And it means, God gave them chance to be righteous of their own.

And this "own works" which they have done is the righteousness which is of the law.

And this righteousness which is of the law, is the law of Moses which he described.

And if Moses described his law that man should obey, then Jesus also.


But they wont either accept that the law of Moses has ended when Christ established his law that bears the righteousness of God.

And that people must fulfill his law with much confidence.


You know why we should only fulfill the Law of Christ?

It is because the Law of Christ is;
1. Cannot disannul


Whereas the Law of Moses was;
1. Proven faulty

But sad to say; billions are still keeping the Law of Moses and the discontentment in Christ's Law appears in their eyes. They thought that these two covenants can be more effective if both be observed. And the reason behind was because of Satan's transformation into a minister of light. But the minister of Christ's law says;

This is how the trick of Satan works, he used the law of God itself to deceive people. It seems effective and it looks like lights, but actually not if you stand on the solid foundation which is Christ.