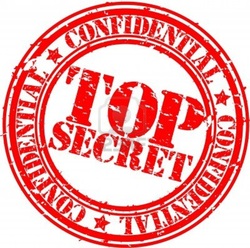 Would you like to know if God has secrets?

Deu 29:29  The secret things belong unto the LORD our God: but those things which are revealed belong unto us and to our children for ever, that we may do all the words of this law.

From that verse of Deuteronomy it says that there are revealed things to men but there are things also that remain secret in God. I believe this passage is telling that there are still unrevealed mystery of God with this particular generation of Israel, but it doesn't mean that God has kept it secret until this day because one thousand four hundred plus years later, according to Saint Paul the apostle of Christ; God has revealed it for a certain reason.

That means the book of Deuteronomy is intended only to a particular audience that bound to fulfill the law in 1,400  years BC, obviously they were the people of Moses. The main reason that God has revealed all the secrets from the creation of the world is because "when they (the People of Moses) knew God, they glorified him not as God, neither were thankful; but became vain in their imaginations, and their foolish heart was darkened ". It means the wickedness of men at that time flung up the law of God which was manifested to Moses in Mount Sinai that He is their only God and a Jealous one.

That was exactly the reason why God has decided to reveal all the secrets even the secret about His power and thoughts as quoted; "even his eternal power and Godhead; so that they are without excuse". Knowing this great revelation of the Godhead could give us more confidence of dealing circumstances in which He putted us in charge this time without excuses. In other words, we have now all the knowledge of God to do the eternal task.

To prove it, according to the Old Testament scriptures, the audience there in Deuteronomy have only limited knowledge of God's plan and purpose as we read this; "those things which are revealed belong unto us and to our children". They have only the knowledge of visible things, whereas in the New Testament scriptures they have both visible and invisible; "For the invisible things of him from the creation of the world are clearly seen, being understood by the things that are made".

That means we Christians have had empowered to rule more than Israel that can do good judgment both in this planet earth and in heavenly places because of Christ. By these, no man can say therefore that we knew nothing of God's secret, neither telling we have no right to judge everyone's idea because we are not like the people in ancient times who only knew few things. Now, if you have this knowledge given from above would you mind to accept and believe that there's nothing remain secret of God today about the creation? As the knowledge of science continue to explore the universe by itself throughout the ages. A reason as well that like the mind of God, a man now becoming perfect in searching truth and unlocking mysteries.

In addition, when God reveals the old secret in first century, it was given directly to the chosen prophets and apostles of Christ. They call it "the mystery since the world begun". It was a top secret of God in time of Moses that he called it; The secret things belong unto the LORD our God. But now is manifested by the Holy Ghost for perfection.

In part 2 I will show you there of what are those secrets of God that made us so powerful in this age. See you there.

Have a blessed day and your family.